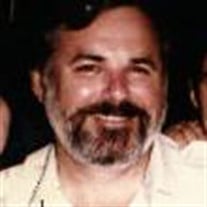 Woody Theodore Barnett of Florida died on April 26, 2018. Woody was born in Jonesboro, Arkansas on January 20, 1947 to John O. and Helen P. Story Barnett. He was a graduate of Jonesboro High School. Woody was a retired Arkansas State Police... View Obituary & Service Information

The family of Woody Theodore Barnett created this Life Tributes page to make it easy to share your memories.

Send flowers to the Barnett family.