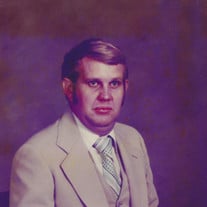 Mr. Sam D. Willis of Colt, Arkansas, died Thursday, May 4, 2017 in Jonesboro, Arkansas at St. Bernard's Regional Medical Center, he was 71. Sam was born on June 9, 1945 to Mr. Samuel "Bun" Willis and Mary Delones Willis in Powhatan, Arkansas. In 1969, he married Linda Phillips, they have two children, Mark and Jason. Sam was a retired minister having pastored at Haynes Baptist Church, Sneed Street Baptist Church in Marked Tree, Union Grove Baptist Church in Jonesboro, and McElroy Baptist Church in Wynne. He had lived in Memphis, Marked Tree, Jonesboro, Cherry Valley and Wynne. He was a member of Fitzgerald Crossing Baptist Church. He is survived by his wife, Linda Phillips Willis of the home, sons, Mark Willis of Jonesboro, Jason Willis and wife Liza of Wynne, brothers, Don Willis of Wynne, and Jerry Willis of Harrison, grandchildren Lexi, Ethan, Kason, Keaton, and Luke Willis. He was preceded in death by his parents, Samuel "Bun" and Mary Willis, brothers, Lendon and Bill Willis and sisters, Dean and Marilyn. Visitation will be Friday, 6 to 8 PM at Kernodle Funeral Home. Funeral services will be Saturday, May 6, 2017 at 2 PM with burial in Loughridge Cemetery. Kernodle Funeral Home is in charge of arrangements. You may sign an online guestbook at www.kernodlefh.com

The family of Sam D. Willis created this Life Tributes page to make it easy to share your memories.

Send flowers to the Willis family.