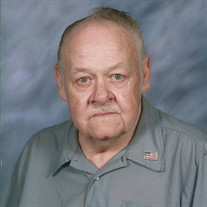 Mr. Robert Lee White of Wynne, Arkansas, died Sunday, August 28, 2016 at home, he was 74. Robert was born in Cherry Valley, Arkansas, on November 21, 1941 to Chester and Celia White. He worked for Halstead Industries and retired after 30... View Obituary & Service Information

The family of Robert Lee White created this Life Tributes page to make it easy to share your memories.

Send flowers to the White family.