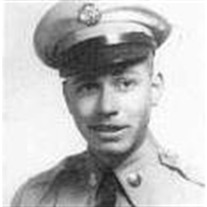 Robert O. Cornwell died on Thursday, February 6, 2020, in Jonesboro at St. Bernard's Regional Medical Center. Robert 0. Cornwell was born on October 15, 1930, in Wynne, Arkansas, the son of Robert C. and Mary Alice Yates Cornwell. He grew up with eight brothers and sisters, Mary Lou, Nellie, Pearlene, Thelma, John, Dorothy, Elizabeth, and Peggy. Robert attended school at Center Community and completed his G.E.D. while in the Army. Robert was inducted into the U. S. Army on April 11, 1951. While in Korea he participated two major battles. His unit was attached to the First Rock Division in Firing Battery C while in South Korea. His medals have been lost, but Robert recalls the Good Conduct Medal and the Korean Medal with two Battle Stars. He was discharged on January 8, 1953. After his discharge, Robert worked as a crane operator Halstead for over 20 years. He married Peggy Sue Burlison and they are the parents of a son, Robert Allen, and a daughter, Karen Sue. His hobbies were hunting and fishing. He is survived by his wife, Peggy Cornwell of the home, son, Robert A. "Bobby" Cornwell and wife Suzanne of LaVergne, TN, daughter, Karen S. Howard and husband, Tim of Morrison, TN, sister, Peggy Ann Taylor of Paris, TN, grandchildren, Samantha Francis, Savannah Cornwell, and Garrett Cornwell. He was preceded in death by his parents, Robert and Mary Alice, and siblings, Mary Lou, Nellie, Pearlene, Thelma, John, Dorothy, and Elizabeth. Visitation for Robert will be held Friday, February 7, 2020, from 6 to 8 PM at Kernodle Funeral Home. Funeral services will be held on Saturday, February 8, 2020, at 2 PM with burial in Union Grove Cemetery.

The family of Robert O. Cornwell created this Life Tributes page to make it easy to share your memories.

Send flowers to the Cornwell family.