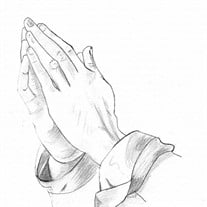 Ms. Naomi Stephenson of Wynne, Arkansas, died on Friday, July 22, 2016 at her home, at the age of 96. She was born in Tiptonvillle, Tennessee, on April 7, 1920 to Lindsey Swindle and Gertie D. Eastwood Swindle. In 1941, Naomi married Mr. Ralph... View Obituary & Service Information

The family of Naomi Stephenson created this Life Tributes page to make it easy to share your memories.

Send flowers to the Stephenson family.