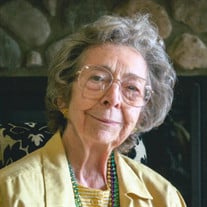 Mary Elizabeth Davies Henson, of Jonesboro, formerly of Wynne, passed away Tuesday, November 24, 2015 at the age of 86. Mary is survived by her sons, Barry Henson of Marietta, Georgia; Brian Henson and wife Karen of Marion, Arkansas; daughters, Marla Fergus of Jonesboro, Arkansas; Lori George and husband Ron of Jonesboro, Arkansas, nine grandchildren and three great grandchildren. She was preceded in death by her parents, Jesse Davies and Mattie White Davies; husband, Edgar Burdette Henson in 2009; son in law, Judge Lee Fergus; and seven siblings. Mary was born at home on February 15, 1929 in Dobyville, Arkansas. She married Edgar Henson in 1952 and were married for 57 years. She was an elementary teacher for several years until she decided to stay home and raise her family, she was a very devoted mother. She later enjoyed teaching GED classes. Mary was an active member of Wynne Baptist Church, where she taught 6th grade Sunday school for many years. She and her husband enjoyed gardening and camping with friends, during their retirement years. Visitation will be Saturday, November 28, 2015, from 10 to 11 AM at Kernodle Funeral Home. A graveside service will be Saturday, November 28, 2015 at Cogbill Cemetery at 11:30. Memorials may be made to the Gideon's International, P.O. Box 140800, Nashville, TN 37214 or Alzheimer's Association, P.O. Box 96011, Washington, DC 20090-6011.

The family of Mary Elizabeth Davies Henson created this Life Tributes page to make it easy to share your memories.

Send flowers to the Henson family.