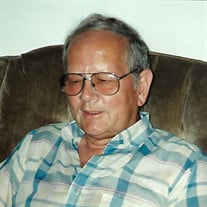 Marvin Brock of Wynne, Arkansas died on Sunday, August 20, 2017 at Baptist East Hospital in Memphis, Tennessee; he was 86. Marvin was born on May 30, 1931 in Aubrey, Arkansas to Harvey Clay Brock, Sr. and Bessie Mae Case Brock. Marvin served his country in the U. S. Navy. Marvin began working for Arkansas Concrete in 1986 and worked in many capacities. He was a member of the VFW, American Legion and was a 32nd Degree Mason. Marvin was a member of the First United Methodist Church of Wynne. Survivors are his wife, Judith Mary Riley Brock of Wynne, sons, Todd Brock and wife Judy of Texas, Tim Brock and wife Mary of Wynne, step-sons, Tim Hess and wife Riann of Nebraska, Patrick Hess of Florida, daughter, Barbara Terry and husband David of Texas, 12 grandchildren and 2 great grandchildren and sisters, Violet Brock Wooten and Eunice Brock Dees both of Marianna, Arkansas. He was preceded in death by his daughter Tracey Brock in 2013, sisters, Winifred Viola Hallum, Mildred Irene Guest, brothers, Joe Brock, H. C. Brock, Jr. and Max Brock. Memorial services will be held on Monday, August 28, 2017 at 10 am at Kernodle Funeral Home with burial in the Arkansas Veteran’s Cemetery at Birdeye. Kernodle Funeral Home is in charge of arrangements. You may sign an online guestbook at www.kernodlefh.com

The family of Marvin Talmage Brock created this Life Tributes page to make it easy to share your memories.

Send flowers to the Brock family.