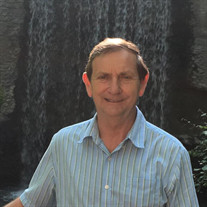 Gerald Wayne McDaniel, 72, of Wynne, Arkansas, died on Thursday, April 8, 2021, at his home. Gerald was born on November 25, 1948, to the late Virgil and Fern Bostick McDaniel. He served in the United States Army during the Vietnam Era in Korea. Gerald married Sherry Marcum in 1969 and they had two boys, Brad and Doug. Gerald was best known for his love of family, his savior and his church. He was a member of Harris Chapel Baptist Church where he served many roles. He served as deacon, song leader, Sunday school teacher and many other behind the scenes roles. Gerald was also known as the "other half" of Wynne Flower Shop that he and Sherry owned and operated for 29 years. He is survived by his wife, Sherry Marcum McDaniel of the home, sons, Brad McDaniel and wife Jamie of Wynne, Doug and wife Jill of Wynne, grandchildren, Carly and Collin Campbell of McCrory, Clay, Luke, Brooke, Ansley and Jace McDaniel all of Wynne, great grandchild, Connor McDaniel and honorary grandchildren, Tiffani Campbell and Q Collins. He was preceded in death by his parents, Virgil and Fern McDaniel, brother, Harvey McDaniel and wife Shirley, great grandchild, Avery McDaniel, in-laws, Tack and Betty Marcum and brother-in-law, Glen Marcum. Visitation will be held Friday, April 9, 2021, at Kernodle Funeral Home from 6:30 PM until 8 PM. Funeral services will be held at Kernodle Funeral Home, Saturday, April 10, 2021, at 10 AM with burial in Harris Chapel Cemetery. A very special thank you to everyone who loved, prayed and cared for our family during Gerald's final days. Memorials may be made to Harris Chapel Baptist Church, 12 CR 723, Wynne, Arkansas 72396.

Gerald Wayne McDaniel, 72, of Wynne, Arkansas, died on Thursday, April 8, 2021, at his home. Gerald was born on November 25, 1948, to the late Virgil and Fern Bostick McDaniel. He served in the United States Army during the Vietnam Era in... View Obituary & Service Information

The family of Gerald Wayne McDaniel created this Life Tributes page to make it easy to share your memories.

Send flowers to the McDaniel family.