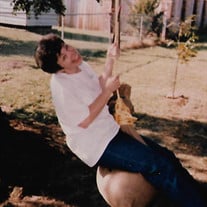 Eva Louise Horton Pettus born March 20, 1947 to J. B. Horton and Melba Farris Horton in Detroit, Michigan passed away February 17, 2018 at CrossRidge Hospital in Wynne, Arkansas. She grew up in New Madrid, Missouri and attended the First Presbyterian Church. While in the Presbyterian Church she represented her local church at the World Missions Conference in Montreat, North Carolina her senior year in high school. Eva graduated from New Madrid High School in 1965. Among the honors she received were Salutatorian, Latin, Bookkeeping, and Band Awards and served as Vice-President of her graduating class. Eva attended college at Arkansas State University and graduated from ASU in 1970 obtaining a Bachelor of Music Education Degree and in 1971 was awarded a Master of Science in Education Degree. While attending ASU Eva performed in many musical groups including Concert Choir, Madrigal Singers, ASU Marching Indian Band, ASU Concert Band and accompanied many soloists and operas. She was also active on campus as President of Kay’s Hall, President of Associated Women Students and President and Vice President of Sigma Alpha Iota. She also served the ASU community as a member of the President’s Roundtable and the Lecture-Concert Committee and was a member of the women’s hospital auxiliary at St. Bernard’s Hospital during her year in graduate school. Awards in clued, Miss AWS Award, the ASU Distinguished Service Award, the Alpha Omicron Pi Music Award, the Sigma Alpha Iota Sword of Honor and the SAI Ruby Sword of Honor, the Dean’s Honor Awa4rd in the School of Music, and was selected to Who’s Who in American Colleges and Universities her senior year at Arkansas State University. Eva taught Jr. and Sr. High Choral Music in the Lilbourn and New Madrid School Systems and the Campbell, Missouri School System. She was director of K-12 Choral Music in Tuckerman, Arkansas and 7-12 Choral Music at Lakeside in Hot Springs, Arkansas. She also taught K-6 music at St. Paul’s Catholic School in Pocahontas, Arkansas. In 1972 Eva transferred her membership to the United Methodist Church and has served the church in the capacity of Sunday School Teacher, Choir Director, Organist, Pianist, and Children and Youth Choir Director’s. She has also been active in the United Methodist women and on many Conference and District Committees in bringing Emmaus and Chrysalis to Arkansas. She has served as Chairman of the Arkansas Emmaus and Chrysalis Formation Committees and as Lay Director of the Women’s walk to Emmaus and as Lay Director for the Girl’s Chrysalis Flight. She has also served on the International Emmaus Board and National Chrysalis Board. Eva received the honor of being selected to sing as a member of the Southwestern Division Church Honor Choir that performed at the American Choral Director’s Convention in Corpus Christie Texas in 1998. The choir was under the direction of the esteemed Alice Parker who had worked on staff with Robert Shaw for many years. Eva is a certified adjudicator with the National Piano Guild and is a National Certified Teacher of Music through the National Teachers of Music Association. She is a member of the Music Educator’s National Association, Sigma Alpha Iota, American and Arkansas Choral Directors Associations, Choristers Guild, Suzuki Music Association, Musicgarten, Kindermusik, Musical Coterie, Music Club and P.E.O. She was married to her husband Glenn on December 27, 1981 in Piggott, Arkansas. Eva was a member of the Wynne First United Methodist church, the United Methodist Women, American Legion Auxiliary, Abraham and Mary Todd Lincoln Presenters, and the Kelly’s Roundtable. Her greatest gift was her enormous love of others and especially her love of her Lord and Savior Jesus Christ. She was preceded in death by her father J. B. Horton. She is survived by her mother Melba Horton, Sisters Janelle (Kenny) Burch and Karen Horton of Sikeston, Mo., several nieces and nephews and great nieces and nephews and her husband Rev. Dr. Glenn Pettus of Wynne, Arkansas. A memorial service will be held at the First United Methodist Church of Wynne at 1 PM on Tuesday, February 20, 2018 with visitation to follow in the Martha Murray Hall. In lieu of flowers you are encouraged to donate to the First United Methodist Church, New Roof Fund. Kernodle Funeral Home is in charge of arrangements. A memorial service will be held at the Stanfield General Baptist Church of Gideon at 10 AM on Saturday, March 3, 2018, with Rev. Andy Evans officiating. Interment will follow at Evergreen Cemetery in New Madrid, Missouri. In lieu of flowers you are encouraged to donate to the charity or church of your choice.

The family of Eva Louise Horton Pettus created this Life Tributes page to make it easy to share your memories.

Send flowers to the Pettus family.