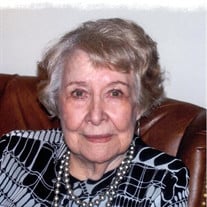 Edith Kate Wilkins Spencer Rose, 93, of Parkin, Arkansas, passed away Tuesday, August 15, 2017, at Gassville Therapy and Living in Gassville, AR. She was preceded in death by her parents, William Badie Wilkins and Mindie Dean Wilkins, her sisters, Nadine Jaggers, Marene Austein, and Marcelle Wood, her brothers, Waymon Wilkins and Joe Wilkins, and her husband Russell James Rose. Edith was born in Fairmount, Georgia. Her parents and siblings moved to Parkin, Arkansas, where she attended and graduated in 1942 from the Parkin School System. She spent her early adulthood in Memphis and worked at General Electric Corporation. She and her husband, Russ Rose, relocated to Jacksonville, AR, where they owned and operated a mobile home park. After retirement, they returned to Parkin in the mid 1980s. She was a member of Parkin First Baptist Church. Edith is survived by her son, Ralph Spencer and wife, Sylvia, of Van Buren, Arkansas, two grandchildren, Blake Spencer, of Fort Smith, AR, and Kara Autrey (Josh Autrey) of Van Buren, AR, and two great grandchildren. A memorial service will be held on Tuesday, August 22, 2017 at 2 PM at the Parkin First Baptist Church. Kernodle Funeral Home is in charge of arrangements. You may sign an online guestbook at www.kernodlefh.com

The family of Edith Wilkins Rose created this Life Tributes page to make it easy to share your memories.

Send flowers to the Rose family.