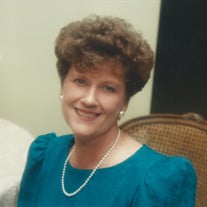 Mrs. Eda Claire Lake Slabaugh of Parkin, Arkansas, died Tuesday, February 7, 2017 at Methodist University Hospital in Memphis, Tennessee. Eda Claire was born in Wynne, Arkansas on March 9, 1934 to Robert M. and Eda Cunningham Lake. She was the former Mayor of Parkin, taught in the Parkin School District, was a member of the Parkin Garden Club and the City Beautification. She was an avid scrap booker and a big fan of the Arkansas Razorbacks. She was a member of the Parkin United Methodist Church. Eda Claire was devoted to her family and a care giver to many. She was preceded in death by her husband, Bill Slabaugh in 2000, sister, Jeanette Lake and her parents, Robert and Eda Lake. Survivors are her daughters, Renee Clark and husband Jackie of Wynne, Rachele Shea and husband Greg of Horseshoe Lake, grandchildren, Claire Clark, Martin Shea, Kallyn Shea Walters, great grandchildren, Bailey Shea, Peyton Shea, Hadley Walters and Avery Walters, special friend, Cliff Jarrell, extended family, Edna Mae Collins and F. J. Jones. Visitation will be Thursday, February 9, 2017 from 1 PM until 2:30 PM at Parkin United Methodist Church with funeral services following at 2:30 PM. Burial will be in Cogbill Cemetery In lieu of flowers, memorials may be made to the Parkin United Methodist Church, P O Box 291 Parkin, Arkansas 72373.

The family of Eda Claire Lake Slabaugh created this Life Tributes page to make it easy to share your memories.

Send flowers to the Slabaugh family.