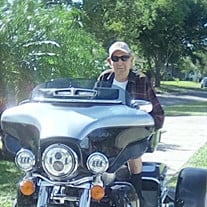 Mr. David Sharpe, 91, previously resided in Bartlett, Tennessee, most recently resided in Merritt Island, Florida, and as of March 3, 2021, resides in heaven. Mr. Sharpe was born on June 15, 1929 in Birdseye, Arkansas to Eva Almira & Ernest Alvin Sharpe, who preceded him in death. David served his country as a corpsman at the onset of the Korean War. He was stationed in Germany where he was detailed in the 101st Airborne Division. Following his years of service, he worked at Exide Battery as a lineman and served at three fire stations as a Sunday School Teacher for over 38 years. On December 27, 1957, Delores and David Lee Sharpe were married. Delores preceded him in death 2015. He is survived by their children, Lenora Reiners of Denver, Colorado; Ben Sharpe of Merritt Island, Florida; Tim Sharpe of Middleton, Tennessee; and Amy Herring of Atoka, Tennessee. His younger sister, Emma Myranel Burgess of Wynne, Arkansas; and younger brother, William Arthur Sharpe of Brighton, Tennessee also survive him. He was preceded in death by sisters, Eva Marie Rooks and Eunice Elizabeth Cook and brothers, Ernest A. Sharpe, Jr. and John Paul Sharpe. In lieu of flowers, the family requests that memorial be made to The Gideon's, P.O. Box 140800, Nashville, TN 37214-0800. “Have I not commanded you? Be strong and courageous! Do not be terrified nor dismayed, for the Lord your God is with you wherever you go.” Joshua 1:9 (NASB) Visitation will be Wednesday, March 10, 2021 at Kernodle Funeral Home from 1 to 2 PM.  Funeral services will follow at 2 with burial in Cogbill Cemetery.

The family of David Lee Sharpe created this Life Tributes page to make it easy to share your memories.

Send flowers to the Sharpe family.