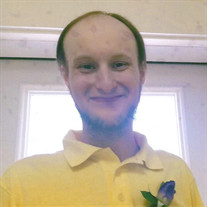 On Saturday, June 17, 2017, Corey Christopher Kellum departed this life. However, to those who knew and loved him, we understand that he leveled up. Corey is survived by his maternal grandparents, James and Shirley Mason of Wynne, Arkansas, one aunt Donna Sharp and husband Jim of Wynne, two uncles Matt Mason and children Shawn and Brittney of Wynne and Mark Mason and wife Christy of Wynne. Corey is also survived by his loving parents William and Kathy Kellum of Wynne. One brother Billy Kellum and wife Courtney of the home also survive him. Most importantly to him, he is survived by his two precious nieces Makayla "Ally" and Makynzee "Lilly" Kellum of the home. To Corey, being an uncle and at times second father was what he held closest to his heart. The bond he shared with the girls was one that most children never find in an uncle. He loved them more than anything in his life and was always prepared to be their best friend, their babysitter, their disciplinarian, their uncle, their second father, and at times even their make believe tickle monster tea party prince. He holds so many meanings to the girls that it's hard to simply call them his nieces. His heart truly belonged to them. Corey is also survived by six brothers of choice: John L. Wallies, James Watts of Hawaii, Thomas Deason of Cherry Valley, Arkansas, Donald Sanders of Cherry Valley, Arkansas, Kevin Woods of Ridgecrest, California, and Michael "Bam-Bam" Ramos, formerly of Vanndale, Arkansas. The Kellum's were not affiliated with any specific church, they simply taught God, family and faith. Corey was currently a silver ranking in League of Legends. He was very proud of his ranking and earned it because of his skill and the passion he had for the game. It was his favorite past time and he enjoyed most of all jungling or playing top while Will and Courtney played bot and Tommy took the role that Corey didn't. Video games allowed him to enjoy a bond with his brother that most brothers never have and that was one reason they meant so much to him. Will and Corey were not just brothers but best friends. Corey was a kind and gentle man who will forever live in the hearts and minds of those who knew him. His soul will always be felt on the Rift and we can't wait until we meet up with him on the streets of Heaven. A memorial service will be held at Cherry Valley Methodist Church on Thursday, June 22, 2017 at 3 PM.

On Saturday, June 17, 2017, Corey Christopher Kellum departed this life. However, to those who knew and loved him, we understand that he leveled up. Corey is survived by his maternal grandparents, James and Shirley Mason of Wynne, Arkansas,... View Obituary & Service Information

The family of Corey Christopher Kellum created this Life Tributes page to make it easy to share your memories.

Send flowers to the Kellum family.